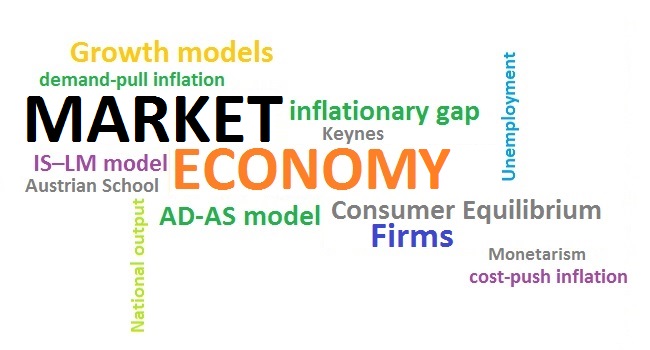 In a pure market economy, the extreme case is called a laissez-faire economy, in which there are no government interventions. There are no taxes, no tariffs, etc.

Market economy in its pure form hardly exists anywhere, because it is not without its weaknesses which include: