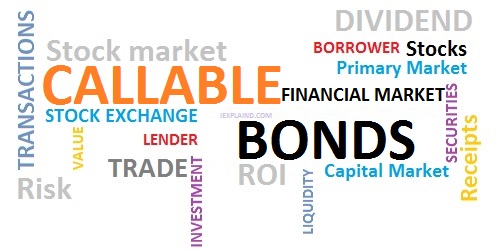 Callable bonds have two potential maturities (life spans), one ending on the initial maturity date and the other ending on the call date. On the call date, the issuer can recall the bond from the investor. This simply means that the issuer abolishes (or repays) the bond by returning the money of the investor. Whether this happens depends on the interest rate environment.

Let’s take an example of 30-year callable bond issued with a 7% coupon that will be callable in 5 years. Suppose the new interest rate on a 30-year bond after 5 years is 5%. In this case, the issuer will probably recall the bond, as the debt can be refinanced at a lower interest rate. Conversely, suppose the rate moves to 10% for him. In that case, the issuer does nothing because the bond is relatively cheap compared to the market rate. Basically, a callable bond represents a standard bond, but with built-in calling options. This allows the issuer to redeem the bond at any given time. In simple words, the term callable bond is used because the issuer has the right to “call away” the bond from the investor. This option introduces uncertainty in bond’s maturity.

Despite the high cost of issuers and increased risk to investors, these bonds are very attractive to both parties. Investors like it because they get higher rates of return than usual, at least until the bonds are redeemed. Callable bonds, on the other hand, are attractive to issuers because they can reduce interest rate costs at a future date if interest rates fall. In addition, it serves a valuable purpose in the financial market by creating opportunities for businesses and individuals to act on interest rate expectations.

Look before jumping into callable bonds

Investors need to understand these before jumping into investing in callable bonds. They introduce a new set of risk factors and considerations in addition to standard fixed income. Understanding the difference between maturity yield (YTM) and call yield (YTC) is the first step in this respect. Standard bonds are quoted based on yield to maturity. YTM is the expected yield on bond interest payments and final capital returns. YTC is similar, but only considers the expected rate of return if the bond is called. The risk of a bond being cancelled poses another significant risk to investors: the risk of reinvestment.

The risks of reinvestment are easy to understand, but the impact is serious. For example, consider his two 30-year bonds issued by companies of equal creditworthiness. Suppose Company A issues a standard bond with YTM 7% and Company B issues a callable bond with YTM 7.5% and YTC 8%. On the surface, the high YTM and YTC make Company B’s callable bonds look more attractive.

In this example, it would be better to buy Company A’s standard bond and hold it for 30 years. On the other hand, if interest rates are the same or rise, investors are better off with corporate B’s callable bonds.

In addition to the risk of reinvestment rates, investors also need to understand that the market price of callable bonds behaves differently than standard bonds. Bond prices usually rise as interest rates fall. However, this is not the case with callable bonds. This phenomenon, called price compression, is an integral part of the behaviour of callable bonds. Since standard bonds have a fixed term, investors can assume that interest payments will continue until maturity and properly evaluate those payments.

How to value callable bond

The Oman Arab Bank (OAB.OM) will raise $ 250 million in its first entry into the international debt market on Thursday with the issuance of additional Tier 1 perpetual bonds, documents indicate. One of the banks participating in the transaction said the bank launched the bond at a yield of 7.625% after setting the initial price guidance for AT1 bonds in the low 8% range after receiving orders over $ 1.1 billion. The document from is shown. AT1 bonds are at the top of the risk spectrum of bank debt problems. Although they are permanent in nature, the issuer can redeem them after a specified period of time.

Oman Arab Bank bonds will be non-callable (redeemable) for 5 years. The deal is the latest in a series of AT1 bond issuances from the oil-rich Gulf this year, with banks taking advantage of low-interest rates after the region’s economy was hit by his COVID-19 double shock. We are strengthening Tier 1 capital. A pandemic and a historic fall in oil prices last year.

Jyske Realkredit will issue a new covered bond (særligt dækkede debtor) from Capital Center E. The bond will be his DKK-denominated fixed-rate callable bond with a 1.5% coupon rate, a 30-year interest rate only option and a maturity of October 1, 2053.

The bond is registered with VP SECURITIES A / S and Jyske Realkredit applies for permission to trade the bond on NASDAQ Copenhagen A / S. The final terms will be published in another stock market announcement. 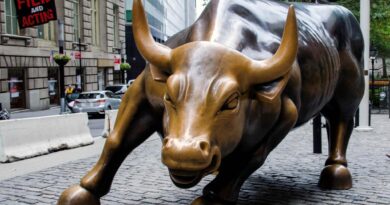