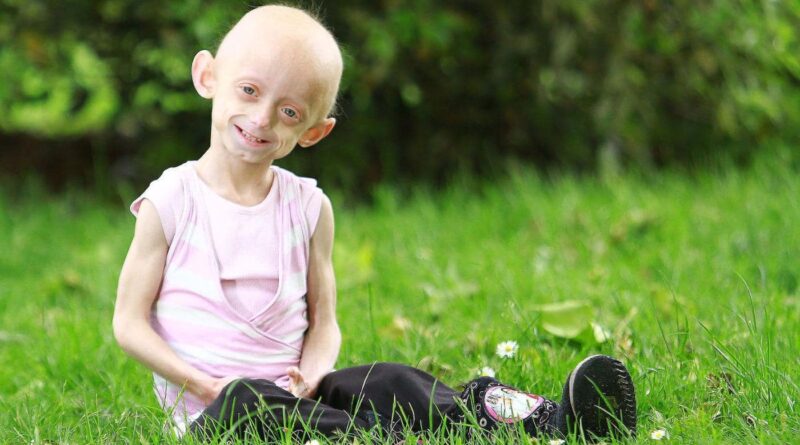 What is Hutchinson Gilford Progeria Syndrome?

The patient starts to “age” as soon as he/she is born and progresses towards old age in a short amount of time and eventually dies without even passing through major points of development in life. This means aging beginning at birth.

It is a very RARE condition that occurs in almost only 1 case every 5 Million births. How many zeroes have to be put after 5? So, what happens here is that this mysterious disease results in process of aging beginning right after birth. Hence, what do you think is the cause of the disease?

Let’s talk about the real culprit of the disease. It is due to the accumulation of an abnormal protein near the nucleus of the cell namely “Lamin A protein” so this pathology is basically it is considered as a “Laminopathy”. Some background knowledge is needed here to thoroughly understand the reason for cell death here.

The basic framework of a cell includes various entities synonymous with the pillars and beams in a skyscraper that provide structural integrity to the cell. Laminin proteins are the intermediate filaments that serve the same purpose the cell as the pillars and beams serve the tall buildings. Henceforth any defect in the very structure of the cell leads to the inability and death of the cell ultimately.

HGPS is an autosomal dominant disorder caused by a NEW mutation every time because the carrier almost invariably dies and cannot transfer the genes to the next generation.

Further research has been made and there is ongoing research on it as well. However, due to the extreme rarity of the condition little has been done in this regard.

Impossible to transfer the disease results in the self stoppage of the disease and does not travel at all in families as the person dies early and a new mutation is almost invariably needed to create an individual with this syndrome.

What is the Treatment of HGPS?

There is no treatment available at present, but it awaits treatment via the Gene Therapy treating the very genes responsible for it.

Most of us have enjoyed the famous movie named “ the curious case of Benjamin”, where the normally known fact that a human is born as a child and dies at the other end of the spectrum as an old person known to us as the cycle of life, is reversed.

The protagonist is born as an old flimsy aged person and gradually becomes young and young over the course of time, until eventually becomes a feeble child and vanishes. This might raise a lot of questions as to how it happened or is it even possible? To answer this question, based on facts of known medical science, this is somewhat true. YES!!! You read that right. It’s true. It can happen. But wait! There’s more to it (as always) than simply saying everything shown in the movie is true. The disease on which the movie is based is called the Hutchinson Gilford Progeria Syndrome.